A musical education improves academic performance across the board 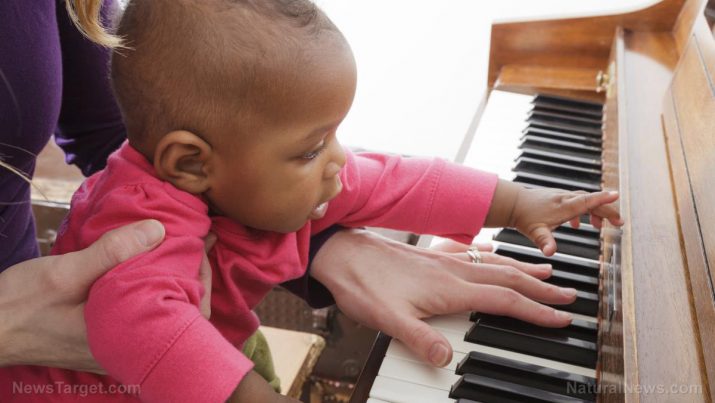 Music is known to help children with cognitive development, but one study published in Frontiers in Neuroscience found that structured music lessons significantly enhance children’s academic performance by improving their cognitive abilities, including language-based learning and short-term memory. In addition, visual arts lessons were also found to improve children’s visual and spatial memory.

Schools have prioritized academic learning in their curriculum over learning music, which is seen as more of a luxury now than a necessary part of education.

“Despite indications that music has beneficial effects on cognition, music is disappearing from general education curricula,” according lead author Dr. Artur Jaschke, from VU University Amsterdam. “This inspired us to initiate a long-term study on the possible effects of music education on cognitive skills that may underlie academic achievement.”

The research team conducted the first large-scale, longitudinal study with 147 children across several Dutch schools, using a structured musical method developed by the Ministry of Research and Education in the Netherlands together with an expert center for arts education.

The children were divided into groups: The first group received music education, which involved a structured musical method; the second group received a visual arts education. Meanwhile, children in the third group did not receive any supplementary lessons.

The researchers found that children who received the structured music lessons, as well as visual arts classes, showed significant improvements in their visual and spatial short-term memory. Moreover, children who received music lessons showed improvements in language-based reasoning, as well as in their ability to plan, organize, and complete tasks.

“Both music and arts classes are supposed to be applied throughout all Dutch primary schools by the year 2020,” says Dr Jaschke. “But considering our results, we hope that this study will support political developments to reintegrate music and arts education into schools around the world.”

The researchers hope their work will contribute to highlighting the importance of learning music and arts in human culture and cognitive development.

Other benefits of learning music

Learning to play an instrument has been known to sharpen a child’s memory, which in turn helps him/her retain more information. Below are other benefits of music lessons that may help your child bolster more than his/her academic achievements.