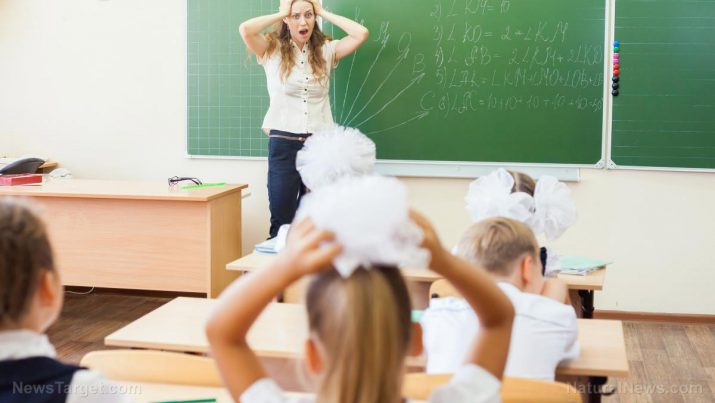 The U.S. public school system continues to implode in front of our eyes, but for some reason the “progressives” who run the nation’s schools are oblivious to the fact that their teaching methods are failing.

The most recent evidence of this is the string of mass resignations of teachers in Harrisburg, Pa., the state’s capital, following complaints over years that students as young as the first grade are increasingly violent and lashing out physically at their instructors.

As reported by The Associated Press, remaining teachers are asking for better support from administrators — who have been tone-deaf to such requests thus far — following a series of violent incidents and altercations with students that have caused dozens to leave.

The Harrisburg Education Association reports that at least 45 teachers have left the school district since July and October, with association president Jody Barksdale saying that more have resigned since then.

At a recent school board meeting Amanda Sheaffer, a first-grade teacher, told members that she has been kicked and struck by her students.

“I have been kicked, punched, hit, scratched. I’ve had a student physically restraining me in front of my other students…. And many of the personal things that I have bought for my classroom have been broken or destroyed,” she said.

And again, note that these kids are first-graders; without better discipline, how do you think they’re going to behave when they get older — and bigger, big enough to seriously injure a teacher?

Barksdale said that the association is asking for the formation of a task force made up of teachers, parents and administrators to assist students with violent behavior.

District officials are claiming that not all of the teacher resignations are due to violence, but isn’t that what they would say, in order to deflect criticism from their refusal to address the issue?

And it’s been pretty much a refusal to adequately deal with the problems because, as the Pittsburgh Post-Gazette reports:

The Harrisburg teachers’ union said months of complaints about violence in the classroom and a lack of response from district administration finally led to the resignation of at least 45 teachers already this school year.

In addition to being hit and kicked, teachers complained at the recent board meeting that they’d also been bitten.

“There is a problem with discipline issues in some of the buildings and teachers have tried to get a dialogue going with the administration, and it has not been going in the right direction,” said Lauri Lebo, a regional spokeswoman for the Pennsylvania State Education Association.

For her part, Barksdale wants to know how long it’s going to take to actually get through to the Harrisburg Education Association.

“It’s been a year since the last time we asked,” she said. “How much time do we need? I’d like to see action.”

Sheaffer noted further, “Many minutes are spent each day dealing with violence that is happening in the classroom.

“How am I meeting my students’ needs with this behavior happening? How am I supposed to have a safe, nurturing learning environment when this behavior happens?” she asked board members. (Related: Public school teachers now routinely discriminating against white people based on the color of their skin.)

This isn’t endemic just to the Harrisburg district, by any stretch. In fact, the American Psychological Association has well-documented the violence in K-12 classrooms all over the country. In a recent report, “A Silent National Crisis: Violence Against Teachers,” the APA noted:

Violence directed against K-12 teachers is a serious problem that demands the immediate attention of researchers, school administrators, community leaders and policymakers.

How bad is the problem? In 2011, one-fifth, or 20 percent, of public school teachers reported being verbally abused. Another 10 percent said they were physically threatened, while five percent reported being physically attacked, the U.S. Department of Education reported.

Clearly, the Leftist education policy of looking the other way or responding with “understanding” and “compassion” isn’t working.