Hit the dirt: An ultra-clean house may be bad for your child 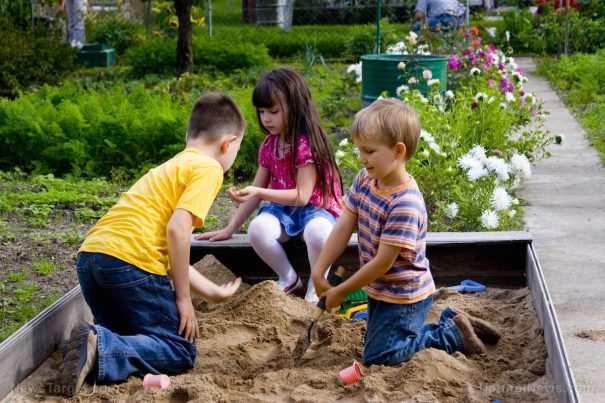 Dirt is essential to the development of a child’s immune system, claim scientists. According to Drs. Jack Gilbert and Rob Knight, the children of today may be too clean to the point where it’s harmful to their health. In their book, Dirt Is Good: The Advantage of Germs for Your Child’s Developing Immune System, the scientists and co-author Sandra Blakeslee have laid out a simple hypothesis. They’ve asserted that early childhood exposure to some germs and microorganisms will help the immune system learn how to control its reaction to “everyday invaders” like dust.

Gilbert, Director of the Microbiome Center and a Professor of Surgery at the University of Chicago, noted that our better understanding of disease-causing microbes has led us to adopt more intensive hygienic practices. “We’ve deliberately separated ourselves for reasons of comfort and reasons of fear of disease,” Gilbert has told NYTimes.com. Though the benefits have been many, the excessive zeal for cleanliness has resulted to some negative consequences for children. A report by DailyMail.co.uk took note of the growing cases of eczema, hay fever, asthma, and childhood diabetes among children who rarely played with animals or rolled in the dirt.

“We used to live in much dustier environments,” stated Marsha Wills-Karp, a Professor of Environmental Health and Engineering at the Bloomberg School of Public Health at Johns Hopkins University. “Studies have shown that priming or seeding of the microbiome in the child is absolutely critical. While you don’t want to go out and expose your child to aggressive infections, you don’t want to create such a sterile environment that their immune system doesn’t develop normally; it puts them at risk of developing immune diseases.”

Gilbert was one of the authors of a 2016 study comparing the immune systems of Amish children who grew up on small, single-family farms, and Hutterite children who are genetically similar but grew up on large, industrialized farms. The Amish children, who were living in environments “rich in microbes”, were found to have “exceedingly low rates of asthma and distinct immune profiles that suggest profound effects on innate immunity.” (Related: Study: Children who eat their own boogers may have stronger immunity than peers)

“There are definitive ways to embrace the controlled exposure or uncontrolled defined exposure to that rich microbial world early in life,” Gilbert said. Indeed, there are many safe ways to get children dirty. A good number of them, according to HuffingtonPost.com, calls for letting children do what they do best: be kids.

Exposing children to dirt may be one of the best favors anyone can do for them. Learn more about what is and what isn’t good for the immune system by visiting Immunization.news.