Bill in West Virginia would BAN homeschooling, treating it as child abuse 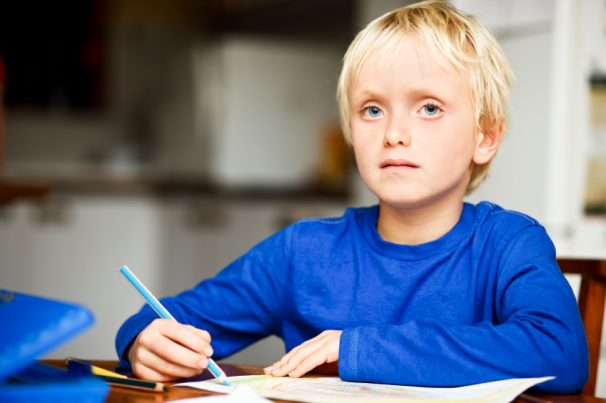 A new bill proposed in West Virginia could make the act of homeschooling equal to that of child abuse. Lawmakers feel that parents are denying their children an appropriate education. If passed into law, Bill SB 528 would prohibit homeschooling and order CPS investigations for children who had ten or more absences without an acceptable excuse.

The Bill is a bipartisan effort proposed by West Virginia Senate Education Chair Kenneth Mann (R-Monroe, 10) and Democratic senators Michael Romano and Ron Stollings. SB 528’s summary says, “The purpose of this bill is to establish a process for providing that a student is not eligible for either home instruction exemption once certain truancy related legal proceedings begin or after a conviction.” The Home School Legal Defense Association (HSLDA) is vehemently opposing this bill and is urging its members, as well as citizens in the homeschooling community, to contact their state senators, including Kenneth Mann, and tell them not to vote in favor of this legislation.

The HSLDA explains that the bill is unnecessary because there are already laws in place providing procedures for school authorities to step in if there are legitimate concerns for the welfare of the child. They also state that schools often make mistakes when it comes to recording so-called unexcused absences. The fact that a child has accumulated ten days of alleged unexcused absences is not a viable reason to interpret parental abuse or neglect. (RELATED: Get more new like this at LivingFree.news.)

An increasing number of parents have decided to homeschool their kids or place them in homeschool communities for various reasons, including health concerns for the child, bullying, religion, and objections to the common core curriculum taught in public schools. For the schools, the real concerns over the child boil down to dollar signs. As reported by One News Now, in 2014 it was estimated that West Virginia public schools were losing nearly $12,000 of funding per student. Not willing to take such a substantial loss, that same year Ritchie County Superintendent of Schools Ed Toman forced his staff to contact the residences and places of employment of homeschool parents in an attempt to bully them into putting their children back in public schools. During the calls, parents were questioned about their ability to teach their children and asked a series of questions including, “What can we do to get your kids back in school?” Some families were also guilt-tripped when they decided to meet with school counselors at the beginning of the school year and told that their choice to homeschool could result in teachers losing their jobs.

Gov. Earl Ray Tomblin signed a bill that went into effect May of 2016 that significantly reduced the rules imposed on homeschooled students and parents in West Virginia. As reported by the Charleston Gazette, the bill, HB 4175, no longer required annual assessment reporting for homeschool students and lowered the threshold that homeschoolers must pass on tests to achieve “acceptable progress.” Sen. Romano was opposed to that Bill and SB 528 feels a lot like a retaliation tactic against Tomblin and the homeschooling families.

The right to decide how to educate children best has been a hot button issue. The HSLDA further states that this bill would lead to laws that presume public education is what is best for children, and that parents are not reliable when deciding whether or not to homeschool. This is classic nanny-state behavior, and it would be an alarming overreach of the State government if passed.